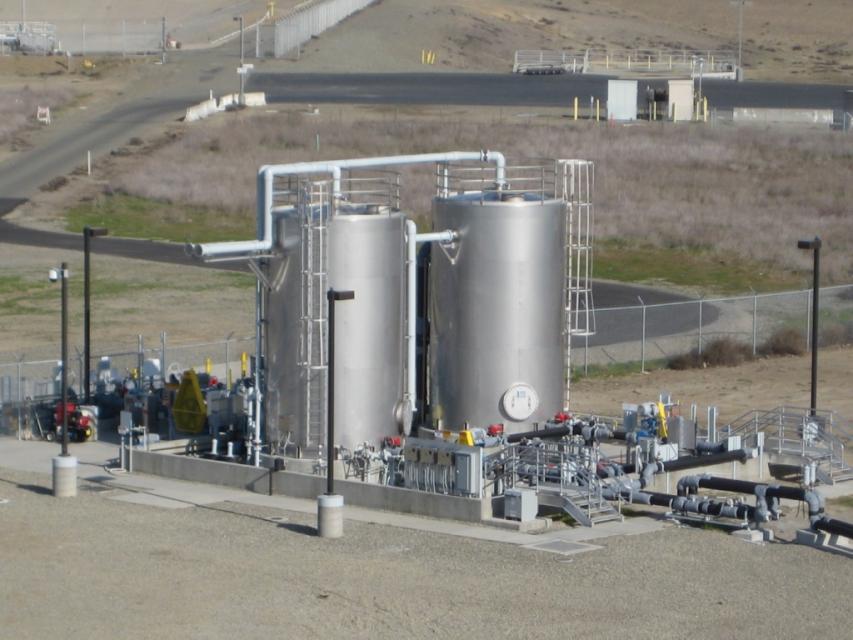 Regional San and SMUD conducted a Biogas Enhancement pilot test that evaluated the feasibility of using other waste materials, such as fats, oils and grease (FOG) and food processing waste (FPW) such as soda pop waste. Both waste materials were injected directly into an anaerobic digester to generate additional biogas. The pilot test assessed what effects the new waste materials would have on the existing anaerobic digestion process, including impacts to biogas production, amount of additional residual biosolids that will be produced and require disposal, and assessment of waste material handling and storage needs.

The test confirmed that introduction of FOG and other FPWs into the anaerobic digesters located at SRWTP improved overall biogas production and would result in the additional production of electricity from this green energy source.

With the pilot test concluded, Regional San began construction of the full-scale Biogas Enhancement Facility (BEF) at SRWTP in February 2012. The facility was completed in early 2013. The additional biogas captured is used by SMUD to generate renewable energy at SMUD’s Cosumnes Power Plant located in southern Sacramento County. The facility also provides another disposal location option for commercial haulers of FOG and liquid FPW.

This project has numerous operational, financial and community benefits, including:

SMUD and Regional San received approximately $1.45 million in American Recovery and Reinvestment Act funding from the United States Department of Energy and $100,000 in matching funds from the California Energy Commission to help construct the FOG receiving station. The remainder of the project was funded by Regional San. The construction cost of the receiving station was approximately $2.1 million.