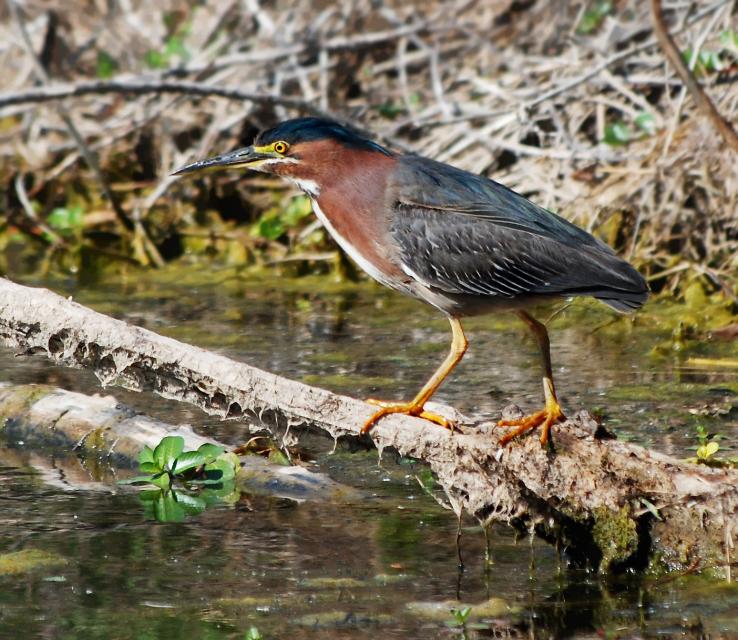 Each holiday season, thousands of people from Alaska to Argentina spend one day counting birds as part of the largest wildlife census in the world: The National Audubon Society’s Christmas Bird Count. More than 2,000 bird counts are typically scheduled to take place during the Christmas Bird Count time period.

The Christmas Bird Count originated as a protest to a traditional holiday ’side hunt’ in which teams competed to see who could shoot the most birds in one day. In 1900, 27 conservationists decided to protest the traditional shoot by counting birds instead of shooting them. This new tradition has now grown to include areas in most nations, with more than 50,000 people helping the event.

The information collected during the Christmas Bird Count provides valuable statistics on declines and increases in particular species, geographical shifts in winter ranges and other indicators of the status of bird populations.

Since 1995, Bufferlands staff have participated in the important event as part of their baseline biological sampling program. The health and number of individual birds and bird species provides an indicator of the health of our environment.

This count is performed as part of a larger count, the Rio Cosumnes/Stone Lakes count, which covers a large area stretching from Mack Road to Twin Cities Road. On average, the Bufferlands portion of the Rio Cosumnes event has yielded between 90 and 120 species, an amazing number of different birds for such a small area.

Participants count the number of individual birds and bird species within areas known as count circles. Each count circle is an area 15 miles in diameter. Counters cover as much of their assigned circle area as possible within one calendar day, counting the birds and species they see or hear. Representatives from each counting group then meet at the end of the day to compile a master list and eliminate duplicate counting of birds. A census may also be taken of all bird feeders located within the count circles.

In 1999, Regional San staff verified a record 104 species for the first time in Bufferlands’ history, and have recorded above 100 each year since. This is notable because counts conducted in larger areas with acreage greater than that of the Bufferlands’ approximately 3,000 acres often record fewer than 100 species. This large number of species in an area this size indicates a very high degree of diversity.

Two major factors for this tremendous diversity are:

During the years, there have been some rare and unique birds sighted on the Bufferlands during the day-long event. Some of the most notable observations include:

This Bird Count Table displays the numbers of each species counted during each of the events.