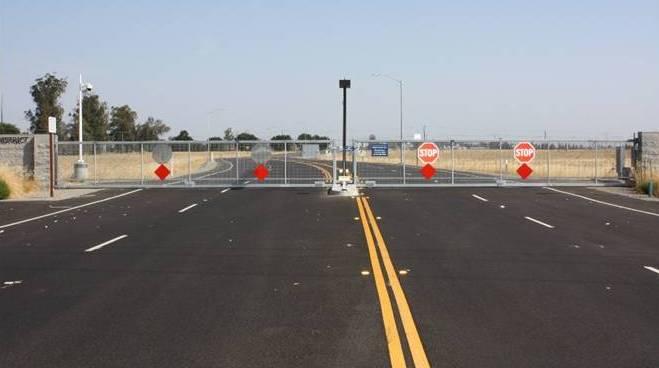 With multi-year construction of the EchoWater Project bringing more traffic to local roadways, especially along Laguna Boulevard between I-5 and Dwight Road, Regional San attempts to minimize those impacts and be a good neighbor to the Elk Grove community.

EchoWater’s seven-year intensive construction began in the spring of 2015. At the peak of construction, more than 600 construction workers were on site each day. Regional San coordinates construction hours and traffic patterns to minimize impacts to motorists and neighbors, especially during peak drive times.

Project construction generates vehicle trips from both the commutes of the construction workforce and the movement of construction equipment and material deliveries. The greatest level of traffic increase is on Laguna Boulevard, especially between Dwight Road and I-5.

A new 4‑lane entrance to the treatment plant was constructed at Dwight Road north of Laguna Boulevard. The Sims Road entrance off of Franklin Boulevard remains in use for regular plant staff and some of the construction workforce, but all other construction-related traffic (e.g., heavy equipment, off-haul vehicles, and deliveries) accesses the site through Dwight Road. This allows quick access to and from the freeway.

Regional San directs hours of work to avoid the peak commute times, as feasible. As most construction traffic arrives at the project site by 7 a.m. and departs by mid-afternoon, the impacts are more manageable than if the construction arrival and departure periods occurr at later times. Moreover, workforce traffic is mostly “opposite” of peak commute traffic going to, or coming from, job centers downtown.

Regional San coordinates with the City of Elk Grove to monitor and model traffic patterns and adjust signal timing to improve traffic flow, as needed. 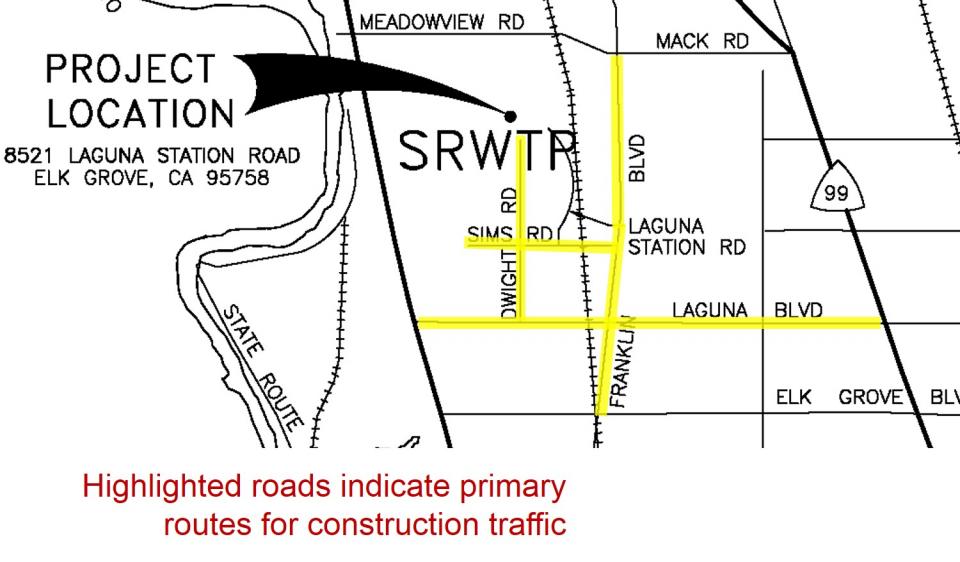